Character Creation in Baldur's Gate covers information regarding the customization mechanic for creating a character. The customization may allow you to freely choose the appearance of your character, from selecting the gender, race, choosing various parts of the facial structure, body appearance, and many more.

Companions or Origins in Baldur's Gate 3 are special NPCs that can be recruited to join the player's party, and usually aid the player during combat and exploration. Companions have their own set of stats, abilities, equipment, lore, and more, which make them unique from one another. Throughout the game, players will meet possible NPCs that can be recruited as a companion who joins your party if certain conditions are met. This page covers a list of all the companions that can be found in Baldur's Gate 3. Companions can also be selected in the Character Creation screen as Origins, allowing players to play from their point of view, but that feature is not available during Early Access. 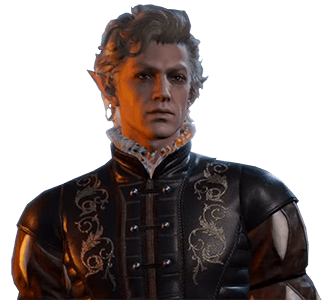 Astarion is a High Elf Rogue who has prowled the night as a vampire spawn for centuries, serving a sadistic master until he was snatched away. Now he can walk in the light, but can he leave his wicked past behind?

A High Half-Elf Trickster Domain Cleric, and one of Shar's dark disciples, Shadowheart was sent on a suicide mission to steal an item of great power. While wrestling with her faith and strange, untamed magic, Shadowheart has enemies on all sides - and a long-buried secret to uncover 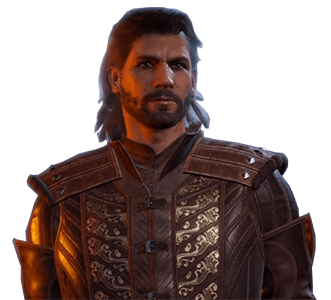 A Human Wizard, Gale has one ambition: to become the greatest wizard Faerun has ever known. Yet his thirst for magic led to disaster. A Netherese Destruction Orb beats in his chest, counting down to an explosion that can level a city. Gale is confident he'll overcome it, but time is not on his side. 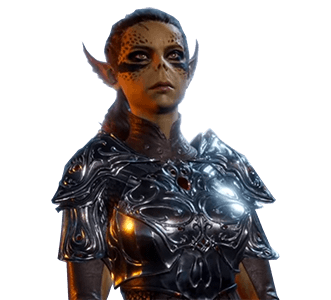 Laz'el is a consummate Fighter, ferocious even by the standards of a Githyanki creche. Faced with transforming into the very monster she has sworn to destroy, Lae'zel must prove herself worthy of rejoining her people - if they do not execute her first. 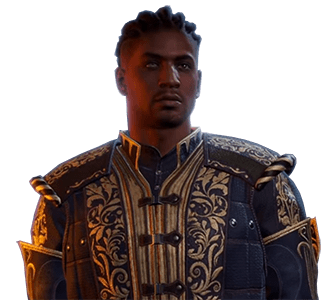 A Human Warlock, and Noble by birth, Wyll made his name as the heroic 'Blade of Frontiers'. He keeps his pact with a devil well-hidden, and is desperate to escape the hellish bargain - even if that means rescuing the seductive creature that made the deal.

These are the unconfirmed companions discovered by data mining. They may or may not join you in the adventure.

Who do you dream of? Who attracts you?

After your character is created, you will have a chance to chose Who do you dream of? Who attracts you? This choice does not limit your romance options in-game. However, while camping at night, the illithid tadpole in your brain will use this form to communicate with you, try to convince you to finish the ceremorphisis.

You have spent your life in service to a temple, learning sacred rites and providing sacrifices to the god or gods you worship.

You're an expert in manipulation, prone to exaggeration and more than happy to profit from it.

You have a history of breaking the law and survive by leveraging less-than-legal connections.

You live to sway and subvert your audience, engaging common crowds and high society alike.

You're a champion of the common people, challenging tyrants and monsters to protect the helpless.

Your skill in a particular craft has earned you membership in a mercantile guild, offering privileges and protection while engaging in your art.

You were raised in a family among the social elite, accustomed to power and privilege.

You were once sworn to seclusion and continue to prefer solitude over the chaos of society.

You grew up in the wilds, learning to survive far from the comforts of civilization.

You are curious and well-read, with an unending thirst for knowledge.

You are familiar with the workings of ships and life at sea, having spent years weathering storms and battling creatures of the deep.

You are trained in battlefield tactics and combat, having served in a militia, mercenary company, or officer corps.

After surviving a childhood on the streets, you know how to make the most out of very little.

Races in Baldur's Gate 3 determine many aspects of a character, from their appearance to their innate capabilities. BG3 Races are chosen during Character Creation, and each choice grants various buffs and effects that are exclusive to a certain race, as well as unique physical traits. Players looking to optimize their Builds will take into account character race as well as Background and Class.

What is the Best Race in BG3?

There is no overall best Race, but players will find that certain groups lend themselves better for certain styles of play. Dwarves, for example, would be naturally inclined to tankier builds, as they come with a boost to Constitution. Not all choices are done for battle or build purposes, however, so players should feel free to pick the race that they prefer for roleplay, aesthetics, or optimization objectives.

What are Subraces in BG3?

Subraces are variations of a group, with notable distinctions in appearance and characteristics. Subraces feature additional lore, and in some cases intrinsic alignments that may impact your relationship with other races during the course of the game. This is part of the world of D&D, and you can explore what effect your race has by checking out Backgrounds and tags. 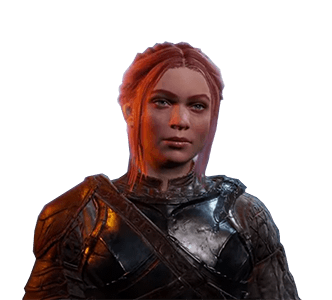 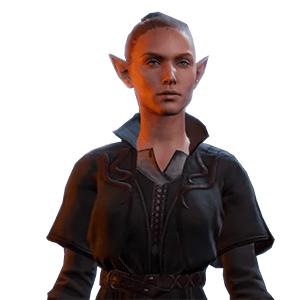 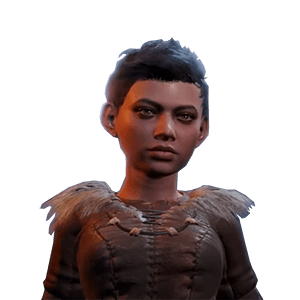 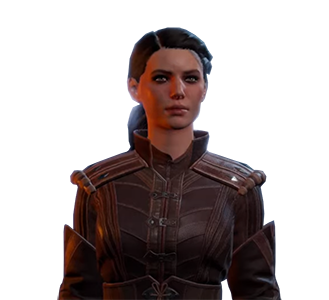 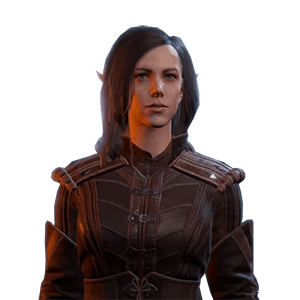 Ability: Charisma +2 and +2 Ability score points to spend as the player sees fit in any of the other five Abilities. (Strength, Dexterity, Constitution, Intelligence or Wisdom). 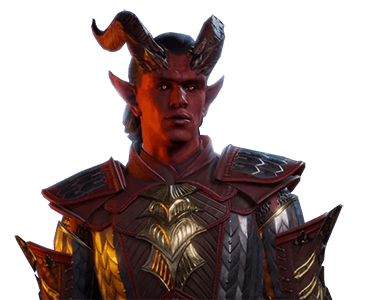 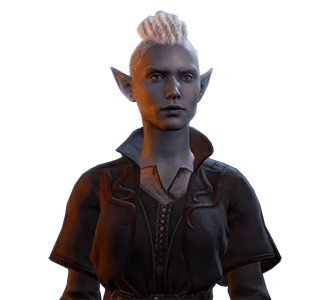 Abilities in Baldurs Gate 3 are based on the fifth edition of Dungeons & Dragons which was implemented in 2014 and is the latest version of the famous pen & paper RPG. D&D uses a system that involves the rolling of a 20 side dice called a d20 to resolve encounters in scenarios in the game world. During the game this will be done behind the scene by the game software, but players are able to see the results of their dice rolls in the bottom corner of the screen.

You gain two Ability points every four levels (4,8,12,16), and also when you reach level 19. You can increase one ability by two points or two different Abilities by one point. You can't increase any ability above 20 using this feature.

In Baldur's Gate 3 attributes are called Abilities Scores, this mean that Strength, Dexterity, Constitution, Intelligence, Wisdom and Charisma are all referred to as Abilities. Within the game’s mechanics and context this can be quite confusing at first, because just about every other role-playing game out there used the term abilities to delineate the skills of a character or some other active or passive function they possess. Attributes or Stats is usually what we would refer to these as, but in Baldurs Gate 3 they are called Abilities.

For example, a Dexterity check might reflect a character’s attempt to pull off an acrobatic stunt, to palm an object, or to stay hidden. Each of these aspects of Dexterity have an associated skill: Acrobatics, Sleight of Hand, and Stealth, respectively. So a character who has proficiency in the Stealth skill is superb at Dexterity checks related to sneaking and hiding. The skills related to each ability score are shown in the following list. (No skills are related to Constitution.) See an ability’s description in the later sections of this chapter for examples of how to use a skill associated with an ability.

Influences your chance to land a hit (attack roll) and your damage with Strength-based weapons. It affects the distance you can Jump and the weight you can carry.

Constitution influences your max numbers of Hit Points - the amount of damage you can take.

Wizards use Intelligence as their Spellcasting Ability - the likelihood spells will land.

Druids, Rangers, and Clerics use Wisdom as their Spellcasting Ability - the likelihood spells will land.

Bards, paladins, sorcerers and warlocks use Charisma as their spellcasting ability - the likelihood spells will land.

Classes for Baldur's Gate 3 are styles of play for each character of the game. In BG3, each class also has several Subclasses that players can select after gaining sufficient XP. Choosing a class determines your character's Features, which are the unique actions that a character can perform. Classes can vary from Fighters,  Wizards, Rangers and many more. Additionally, BG3 allows players to Multiclass: On each level up you can either select a new class or choose to level up an existing class. E.g a 5th level could be for example a multiclass 3rd level Wizard/2nd level Fighter or a pure 5th level Wizard.

How to Pick a Class?

Picking the right class for your play style is an important part of Character Creation. Certain Races may have better affinity to specific Classes and Subclasses, for example. Additionally, you may want to opt for unique schools of magic based on Role-Play or simple preference. If you want to optimize your character and party, we suggest you check out our Builds section.

Subclasses are specializations of a class. Players can opt for different branching paths and continue to benefit from the features of the initial class, while also gaining unique abilities for their Subclass. So a Rogue, for example, will have to opt to become a Thief or Arcane Trickster at level 3. From that point onward, the character will receive all the benefits of the Rogue class, plus the special benefits of their Subclass of choice.

Clerics are representatives of the gods they worship, wielding potent divine magic for good or ill.

Fighters have mastered the art of combat, wielding weapons with unmatched skill and wearing armour like a second skin.

Rangers are unrivalled scouts and trackers, honing a deep connection with nature in order to hunt their favoured prey.

With stealth, skill and uncanny reflexes, a rogue's versatility lets them get the upper hand in almost any situation.

Bound by a pact to an all-powerful patron, warlocks trade their loyalty for supernatural abilities and unique magic.

The Great Old One ♦ Archfey

Druids channel the elemental forces of nature and share a deep kinship with animals. Mastery of Wild Shape allows them to transform into beasts from all over the Realms

Circle of the Moon ♦

Circle of the Land

Oath of Devotion ♦ Oath of the Ancients ♦ Oath of Vengeance