Dank Crypt is a Location in Baldur's Gate 3 (BG3). On this page, you can find the information about the map, quests, enemies, notable items and other useful tips about Dank Crypt. 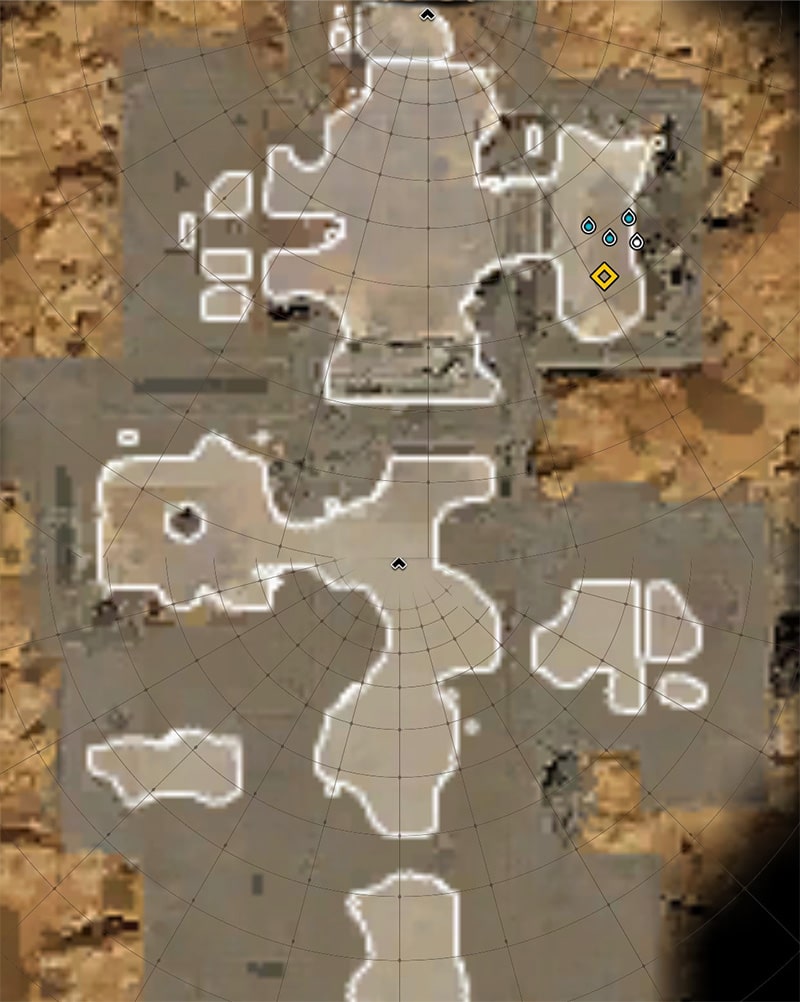 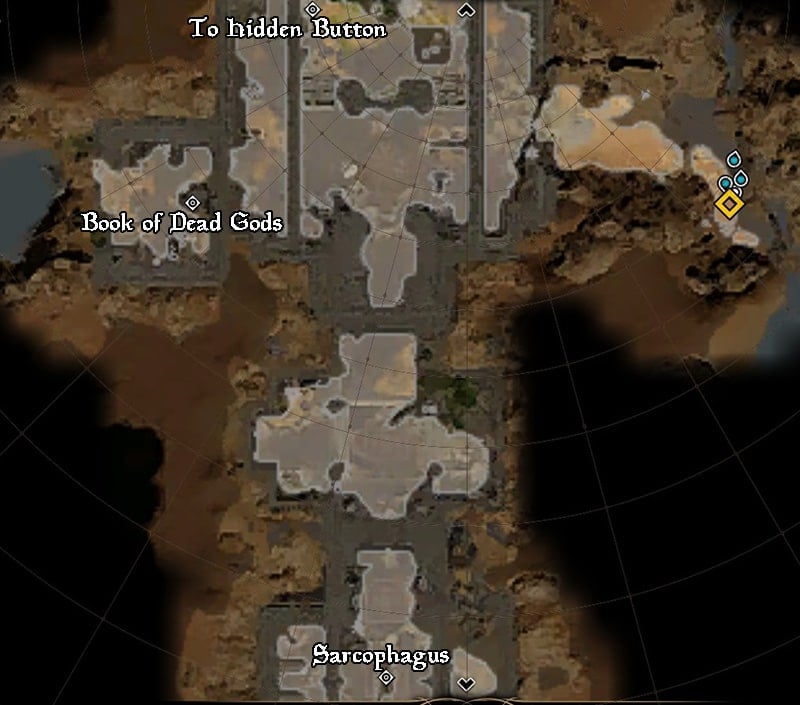 If you find this ruin too dark, use a torch. Or switch your controlling character to Shadowheart, as a half-elf she has Dark Vision. 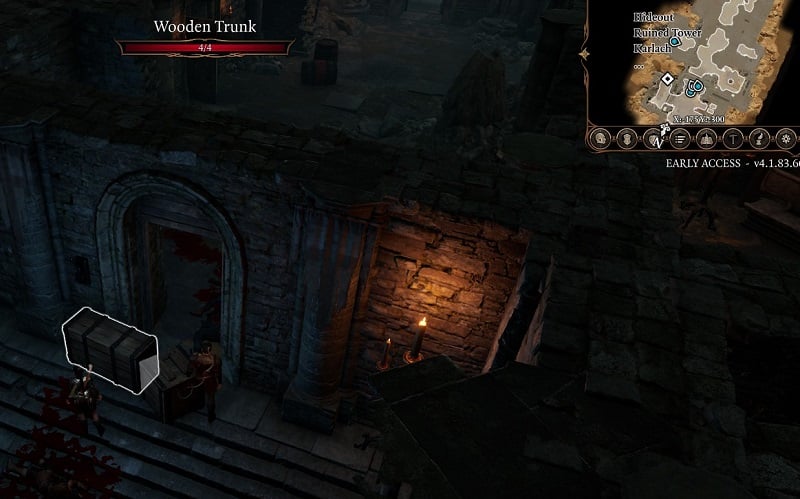 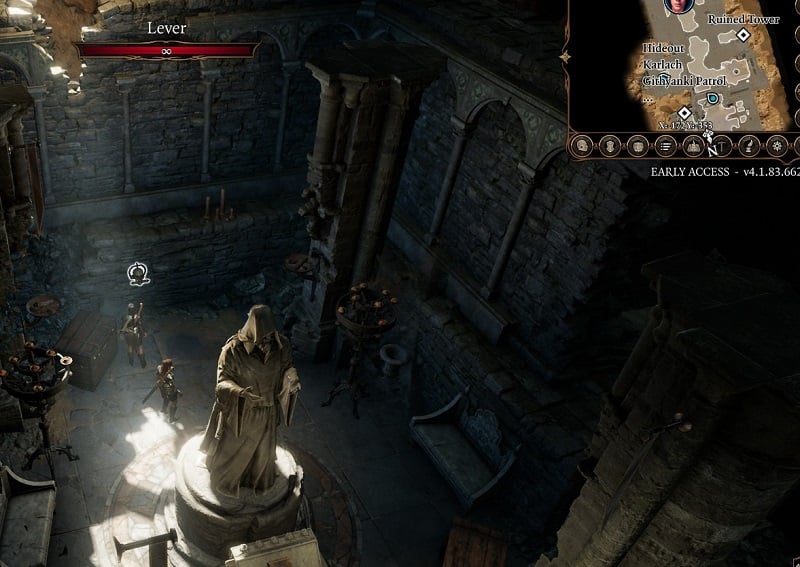 Behind the altar, there's a hidden lever to open the door without a keyhole, which leads to a deeper area of the ruin. 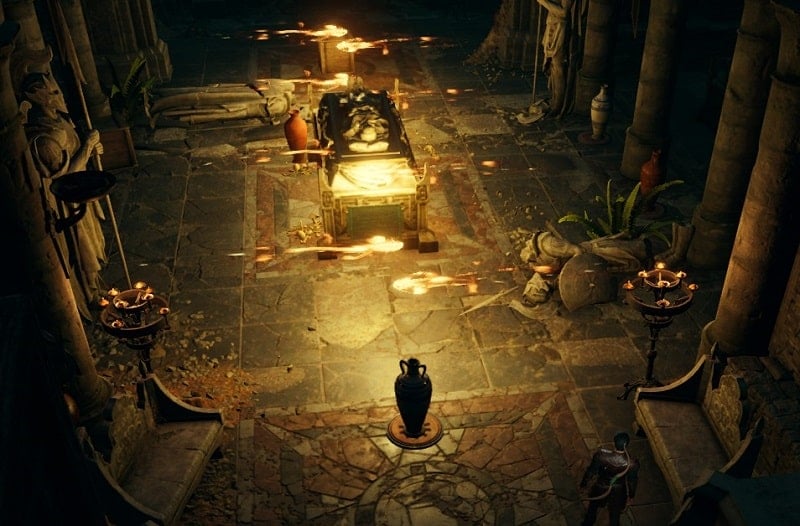 (The above Sarcophagus contains an uncommon weapon and an engraved key. Open it will trigger the traps. However, you can place some objects like vase or crates above the vents to prevent them from producing unfavorable terrain. There is a button on the center pillar to the left of the crypt. It will turn off the fire trap. You will need to pass a perception check to see it.)

There is also a Soul Coin in this part of the crypt. It is lying on the floor near one of the smaller sarcophagi. X:-303 Y:-331 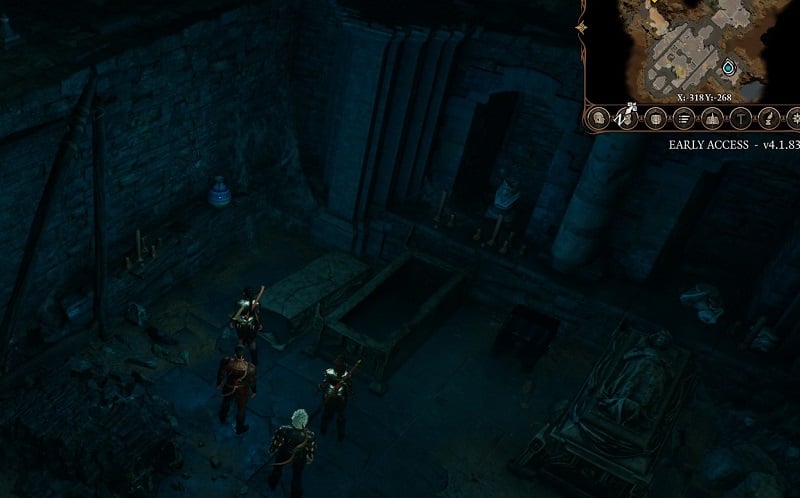 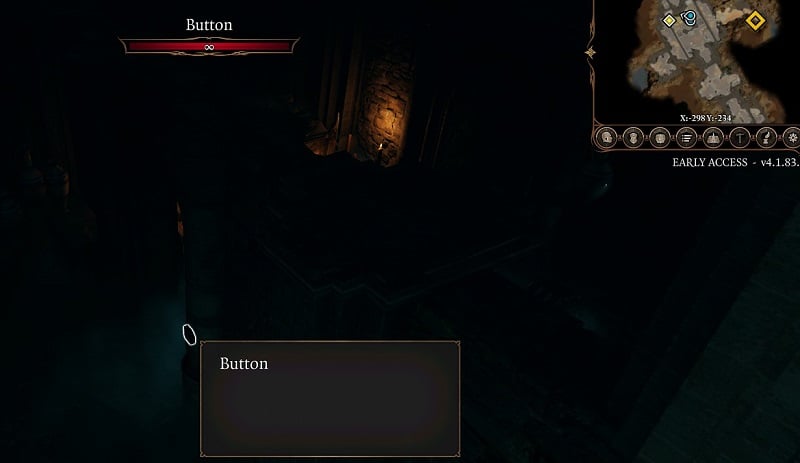 Make your team combat-ready, before you press the hidden button at the left corridor, all the dead scribes will rise to fight you. After putting them down, you can find a very rare amulet (The Amulet of Lost Voices) in the hidden room, along with a hooded undead, who claims to be the caretaker of this place. Lucky for you, he does not wish to fight, so loot the area and leave. 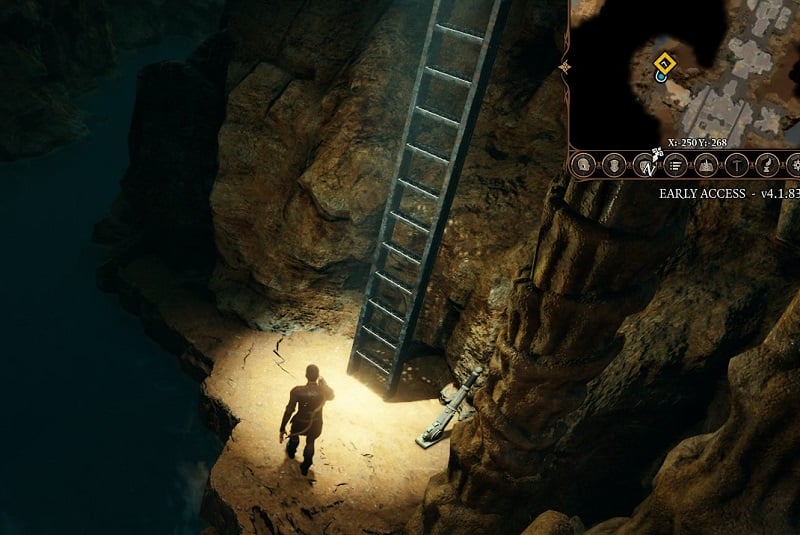 The following background objectives can be completed at this Location: